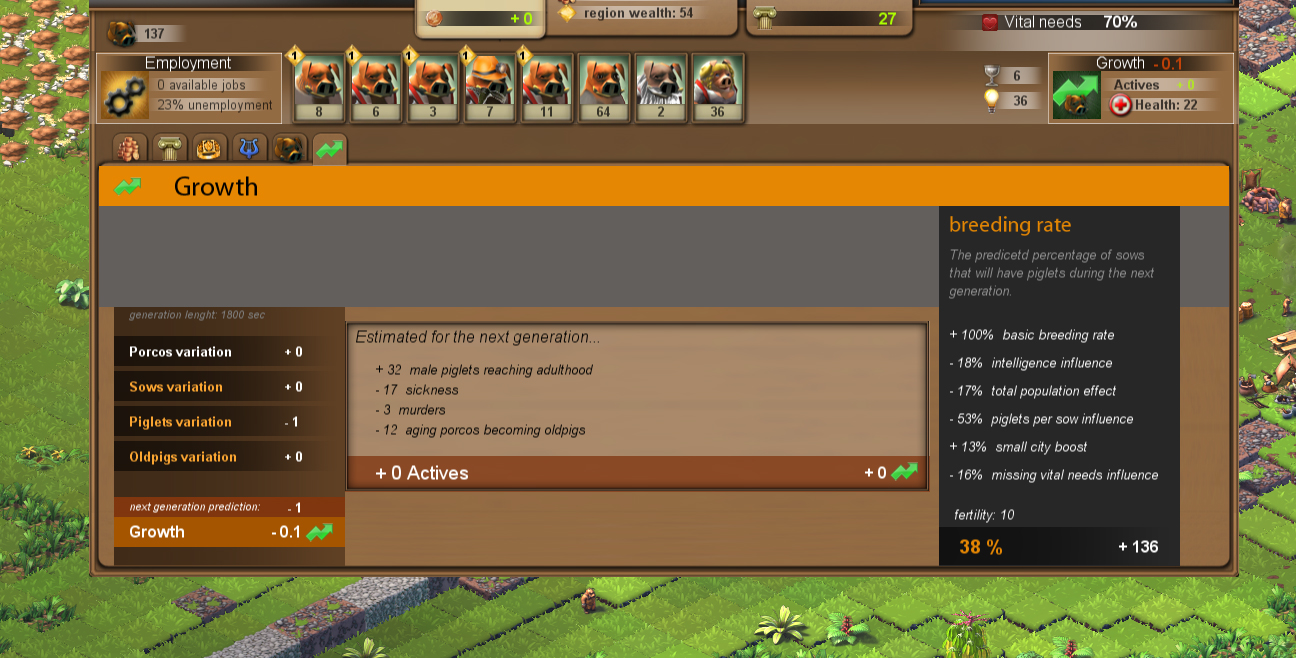 I have, at last, reworked the population Growth algorythm and finally added all the details UI so players can understand more what’s going on.
All the stats are displayed ‘per generation’ so you can get a good idea of how your demographics are evolving.
Here you can see my active population is stable as the amount of new actives just balances out the amount dying or getting old.
Sickness is directly connected to health and vital needs of your populaiton while murders will be connected to the amount of ‘conflict’ in your society.
I will later on add one thing that is still not implemented at this point : armies support. Like in the old Civs, armies will have a “support” home region, because as generations pass and soliders get older, they also need to be constantly renewed and that will take a share of the supporting region’s growth. Right now it’s a bit odd as soldiers in armies are therefore immortals. ^^

The growth UI also gives a detailed breakdown of the birthrate in your population with the ” breeding rate” pannel. This represents the percentage of adult population that will breed and have piglets, and it depends as you can see on many factors such as the number of piglets Sows already have, the city size, vital needs satisfaction etc… 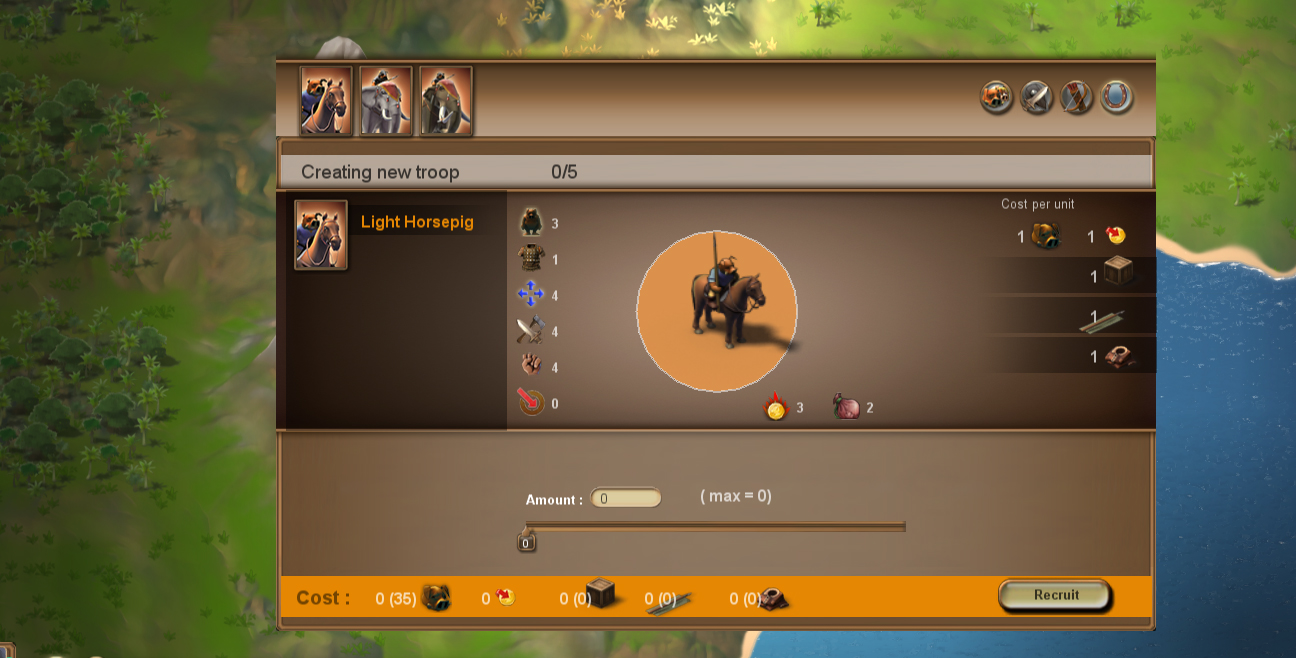 There’s still a lot of UI to finish in this game…
Its now possible to recruit units into formations again, as i’ve completed this new UI for recruitment.
Also you no longer need to be into the region to do that, and you can load/unload inventory or recruit new troops directly from the world map.

Now an exiting new feature :
I’m now starting the work on fortifications and defensive measures. That means walls, platforms but also , for now, terrain modification.
I’ve began implementing the possibility to modify the height of the terrain, which will allow players to rearrange terrain as they wish, like flattening areas or developing a defensive position to build a nice fort.
However this will be a really costly thing to do for players especially in early game.

As you can see in the screenshot below, when using the tool you will first get a preview of the planned work with the modified tiles appearing hightlighted.
When validated, the tiles to be modified will be marked and locked, waiting to be actually worked one by one as the task progresses. This will be a pretty slow process and will consume a huge amount of tools in particular. So doing something a bit crazy like what i did there is probably not going to be a good idea. 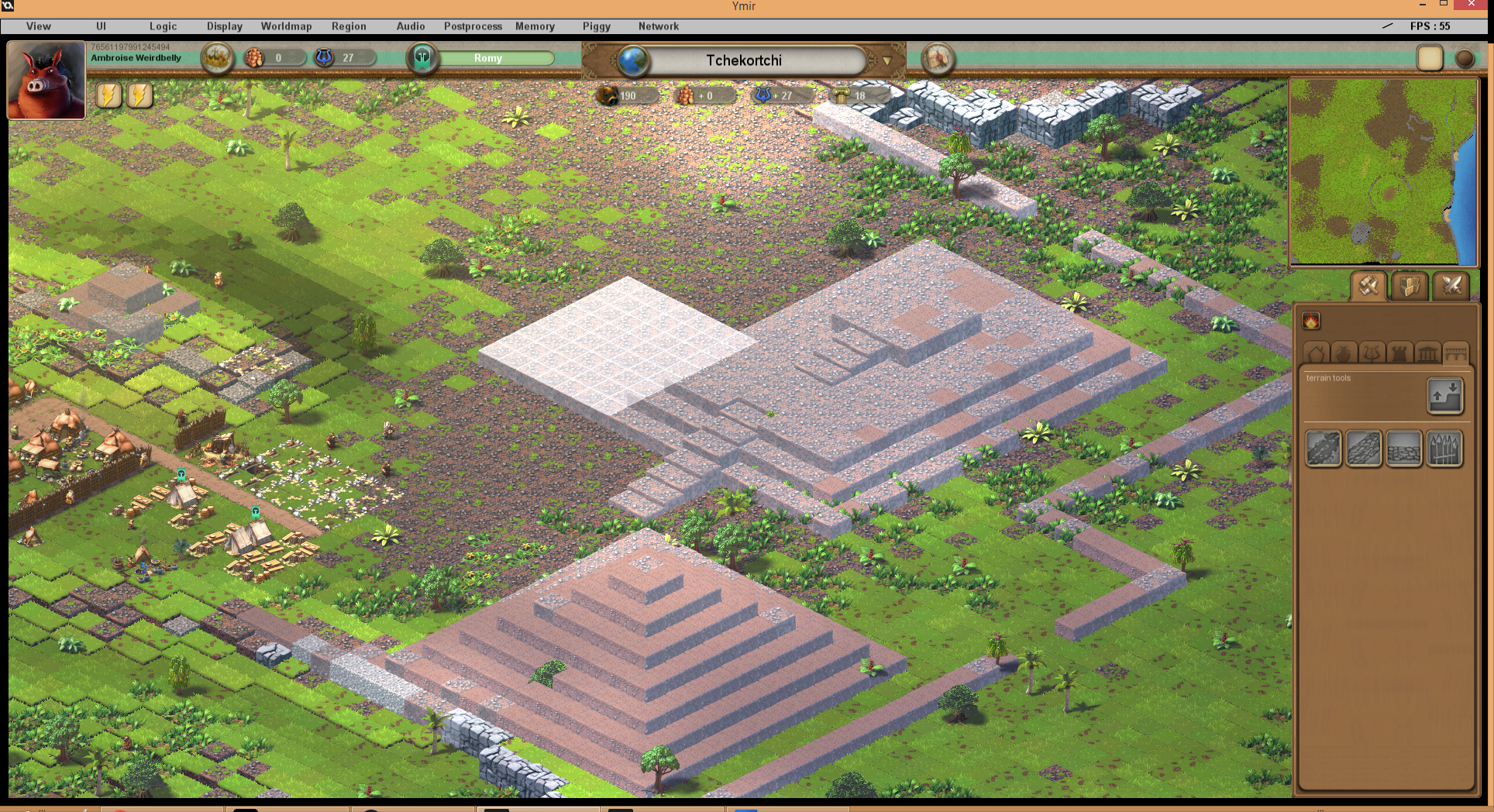